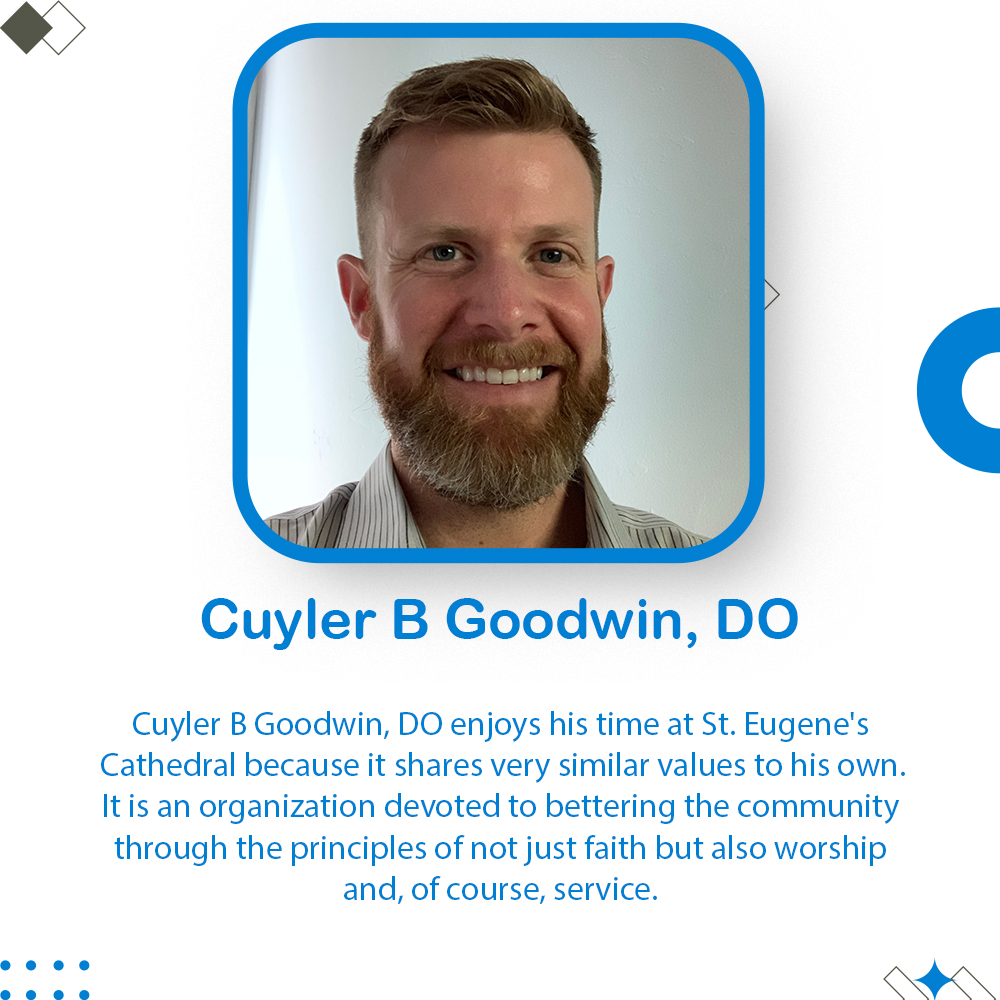 Born and raised in Northern California, Dr. Cuyler B Goodwin, DO, is a psychiatric professional with over 10 years of experience in his career. He’s long been considered to be an expert in various psychotic disorders. He graduated from the esteemed Touro Center College of Osteopathic Medicine Medical School in 2012 and began work quickly. He graduated with honours from the University of California’s San Francisco School of Medicine in 2016.

Dr. Goodwin enjoys his time at St. Eugene’s Cathedral because it shares similar values. It is an organization devoted to bettering the community through the principles of not just faith but also worship and, of course, service. He enjoys being a part of a thriving parish dedicated to living according to the Gospel, striving to lead by example and show the world exactly what can be accomplished by solid Christian leadership through the Diocese of Santa Rosa.

But more than anything else, Goodwin wants to do whatever it takes to help improve and empower all of his local communities – not just those connected to St. Eugene’s Cathedral parish. In 2009 he spent time as a Financial Intern for the Joan Buchanan for Congress campaign example. This occurred in Congressional District 10 in California.

Goodwin devoted his valuable time to volunteer on the campaign for much of its duration. One of his responsibilities included identifying those financial donors who would be ideal for campaign contributions to help keep things running efficiently. He then contacted those potential donors and also organized and staffed various political fundraisers that took place during the campaign.

Dr. Cuyler Goodwin also lent his time to the American Cancer Society’s Camp Beach for the Stars in Cambria, California, from 2003 to 2009. He volunteered for four summers as a camp counsellor to help children living with cancer by any means necessary. During this period, he was responsible for those campers’ health and happiness, ensuring they had everything they needed during their stay to have the best time possible.
Indeed, whether you’re talking about his professional career or personal life, one constant theme runs throughout the story of Dr Cuyler Goodwin: he has a legitimate urge to help people wherever and whenever he can. It’s a virtue instilled in him at a young age by his parents, and it is one trend that shows no signs of slowing down anytime soon.

Goodwin recognizes that everyone needs a little help now and again. So through his hard work and dedication to his career, coupled with the various volunteer opportunities he has proudly been a part of, he always tries to do his part to better communities everywhere – not to mention the people who live in them. This is something that he’s dedicated himself to this since day one, and it’s a trend that shows no signs of slowing down anytime soon.

When he’s not hard at work, Dr. Cuyler Goodwin enjoys studying the art, the science, and the history of blacksmithing – something that has been a passion of his for many years. Another of his favourite topics is the history of ancient cultures worldwide.

He also happens to be a health and wellness specialist, having competed in the Wildflower Triathlon in San Luis Obispo, California, in 2009, 2013, 2014, 2015, and 2016. He also regularly exercises on his own, going on walks and enjoying various other outdoor activities in and around his neighbourhood. He urges people to remember that regular exercise isn’t just important for physical health – it also plays a very important role in overall mental health. Walking for as little as 15 minutes per day can significantly impact the grand scheme. 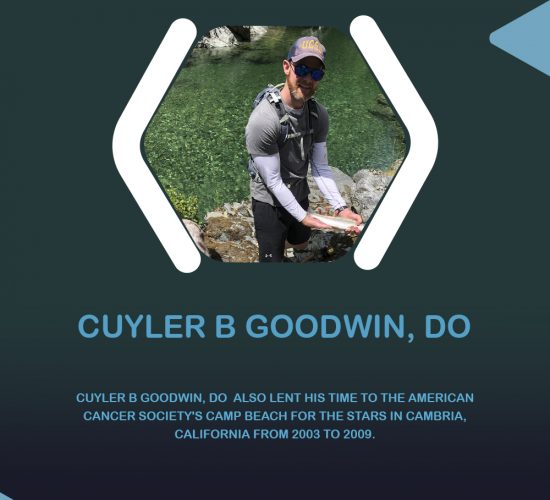 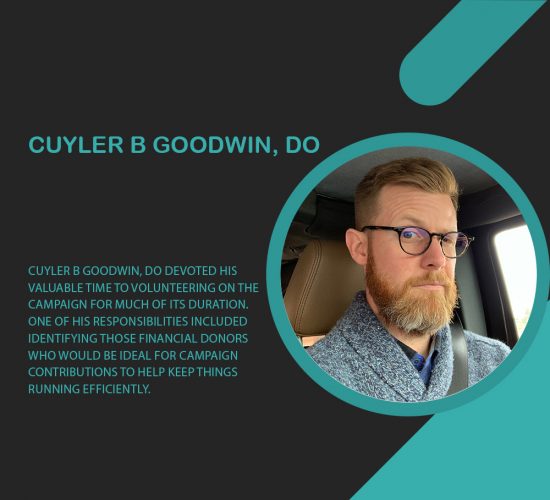 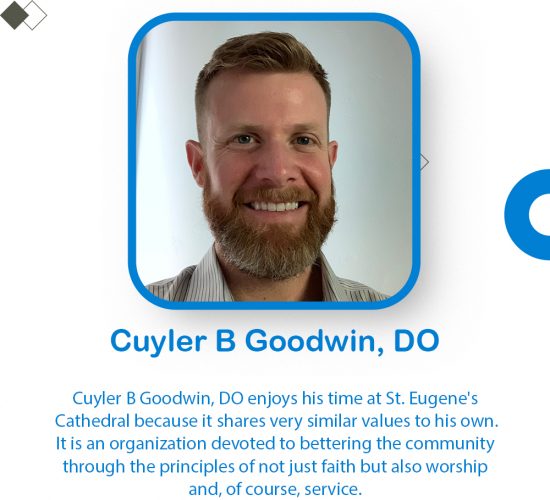 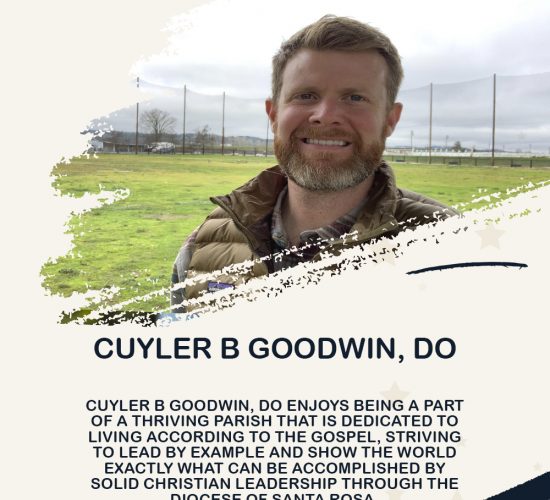